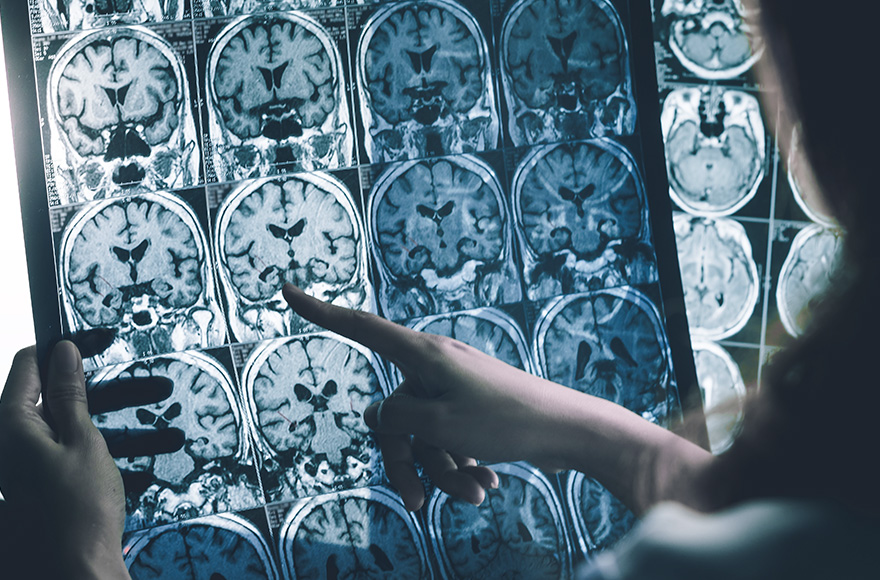 Some brain diseases may require surgical removal of the affected parts of the brain. Examples of such cases include pharmacologically resistant epilepsy and brain tumors.

In order to precisely locate the diseased brain tissue and to protect healthy areas that mediate important brain functions, the brain must be “mapped” before surgery. The aim of this mapping is to determine the location and extent of different brain areas and the abnormal tissue as precisely as possible.

The Potential of Neurotechnology

Because they are in direct contact with brain tissue both types of electrodes can detect the electrical signals of the brain with better resolution than external electrodes that are used in electroencephalogram (EEG) for example (Enatsu & Mikuni, 2016).

To ensure a reliable diagnosis, electrodes are implanted over a period of several days to weeks, during which they are used to record electrophysiological signals and sometimes also electrically stimulate. In some cases, e.g. in the process of removing brain tumors, the electrodes are usually used only during the surgery in which the diseased brain tissue is resected.

The Current State of Research and Technology

The grid and strip electrodes that are used in clinical practice to date are manufactured mostly by hand. The conventional production techniques render those electrodes in high contact densities very hard and stiff.

The °AirRay Cortical Electrode includes a set of grid and strip electrodes for presurgical diagnostics. They are manufactured in a patented laser-assisted process and their properties make them ideal for brain mapping:

The °AirRay Cortical Electrode to be submitted to the FDA for approval for clinical use is in preparation. In individual cases, the electrode technologie has already been used successfully in patient-individual custom-made products for presurgical diagnostics.

The special production technology of CorTec allows in principle high contact densities without making the electrodes very hard and stiff. The current FDA submission of the °AirRay Cortical Electrode, however, does not include such designs yet.

Invasive Evaluations for Epilepsy Surgery: A Review of the Literature.